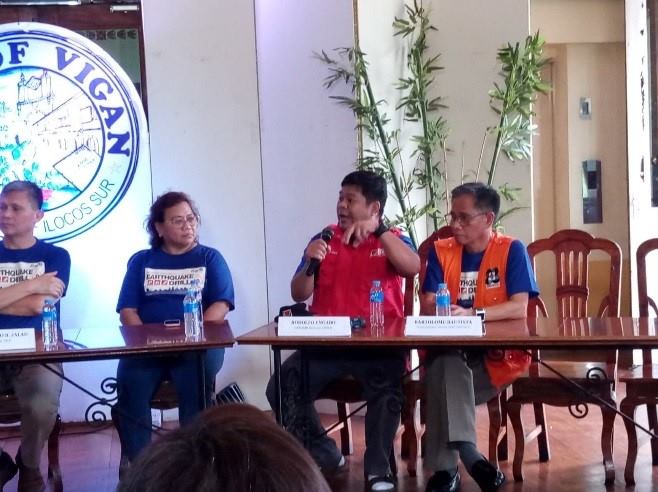 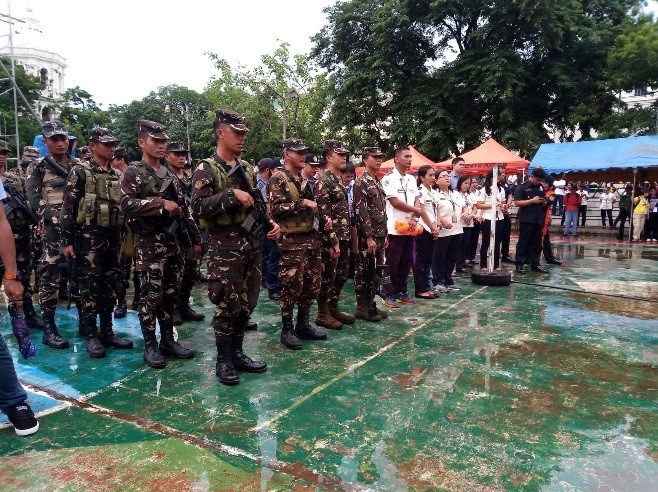 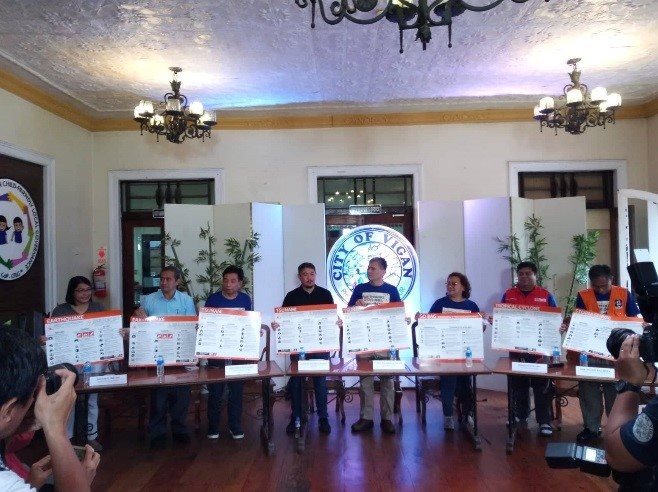 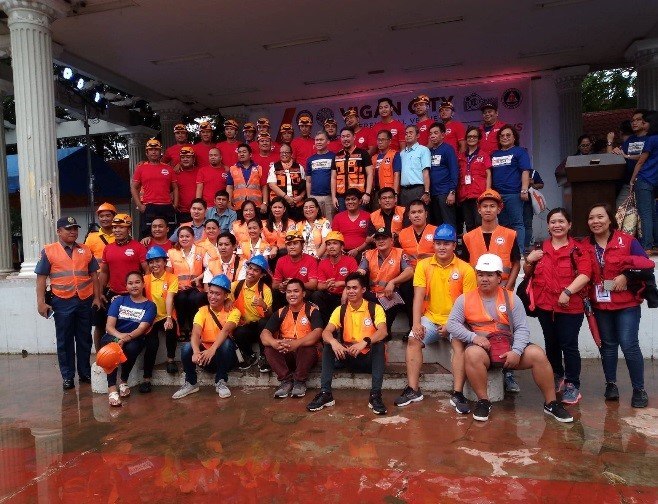 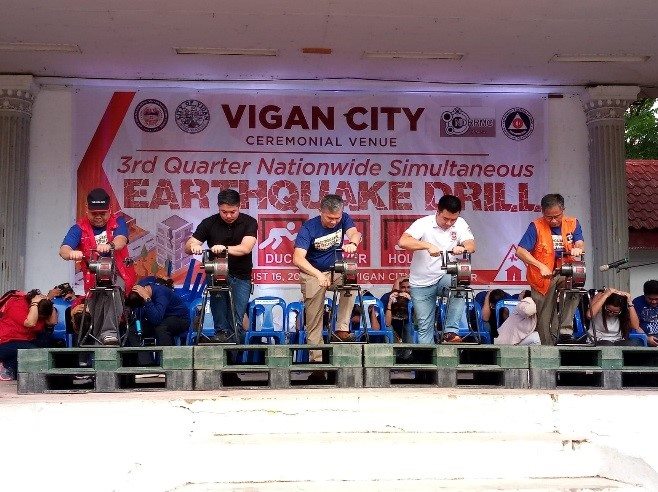 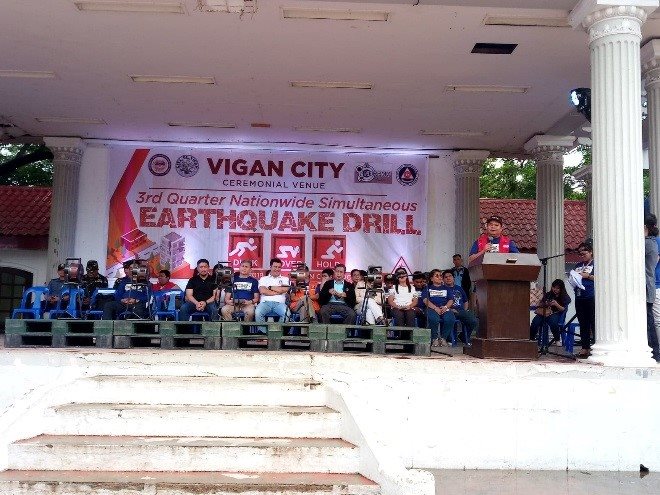 On 26 August 2018, the National Disaster Risk Reduction and Management Council (NDRRMC) conducted the 3rd Quarter Nationwide Simultaneous Earthquake Drill (NSED). The said activity, which is being conducted quarterly every year since 2015, was hosted by Vigan City, Ilocos Sur.

Vigan City is one of the most vulnerable areas in the Philippines in terms of disasters such as earthquake. PHIVOLCS study shows that the West Ilocos Sur fault system is just less than 10 kilometers from the city. The NSED aims at the preparedness and prevention of every LGU and individuals to respond appropriately in times of disasters, particularly in the eventuality of a magnitude 7.2 earthquake. Said exercise is meant to assess and instill alertness in times of disasters, especially one’s capacities and knowledge on prevention, preparedness, and response when an actual earthquake occurs.

According to the national Office of Civil Defense (OCD), a total of 3,000 national and local government officials, responders, and community members participated in the earthquake drill at Vigan City’s Plaza Burgos as the ceremonial area. Various scenarios during the drill focused on the impacts of a magnitude of 7.2 earthquake generated along the Abra River Fault at the Heritage Village of Vigan City.

After the short messages shared by the Ilocos Sur Provincial Governor Ryan Luis Singson, Ilocos Sur Mayor Juan Carlo Medina, and other national agencies such as NDRRMC, OCD, and DOST-PHIVOLCS, the representative of each of these offices started to switch the hand of the siren to mark the start of the drill at exactly 2PM. Vigan City Mayor Juan Carlo Medina led the Emergency Response Cluster, Incident Management Team, and Rapid Damage Assessment and Needs Analysis Team, aside from the Policemen, Firemen and Rescue Teams. They also took full control of operating their Emergency Operation Center, Treatment Area and Incident Command Post.

The agenda ended with a Press Conference. Mayor Medina admitted that this activity has a lot of room for improvement but the drill went successful as planned. The main agenda was to save lives from any disaster that may occur. In addition, he said that they are coordinating with the owners of the establishment that have not yet been renovated.

The final query during the press-con was addressed to DRMB Director Encabo, on how the goods will be sent and the certainty that the relief goods would not be spoiled, as what happened during super-typhoon Yolanda. Dir. Encabo explained that DSWD has a plan in place to establish production hubs in strategic areas in Luzon, Visayas, and Mindanao with mechanized production, so that the travel time of the relief goods will not be a problem, and spoilage of goods would be avoided.
In general, the 3rd Quarter NSED fared very well.

All national and local government offices engaged gave their full cooperation in the event; and all local participants took the drill seriously and responsibly, aiming at the goal to save lives, towards promoting a resilient community, local government unit, and nation as a whole